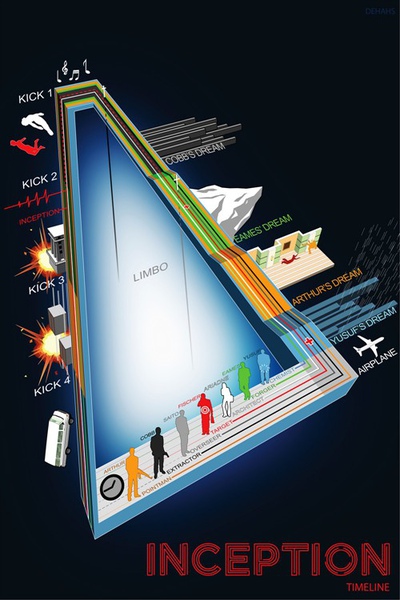 Top 10 Movies That Mess with Your Mind

Inception, one of the summer's most anticipated and puzzling movies, hits theaters this weekend. In preparation for the challenge, TIME looks at past cinematic mind benders 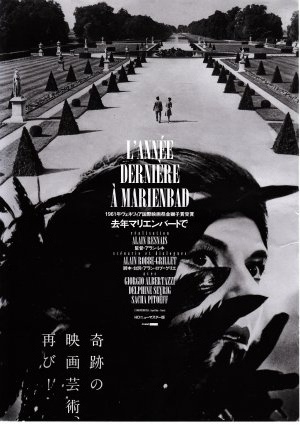 "Didn't we meet at Marienbad last year?" an unnamed man asks an unnamed woman. So begins one of the most confusing (and frustrating) movies ever made. Two people are at a French château. One says they know each other. The other denies it. Back and forth they go, over and over, while director Alain Resnais' camera endlessly stalks the château's spooky corridors. All the while, organ music blasts out at unpredictable moments. Some well-dressed people stand in a sunlit garden. They cast shadows. The triangle-shaped trees surrounding them do not. There appears to be no plot. It's all very dreamlike. What is this movie about?

Before Christopher Nolan's Inception, there was Memento, a great big puzzle of a movie whose protagonist suffers from short-term-memory loss. With the help of Polaroids, notes and tattoos (give him credit, the man is dedicated), Leonard Shelby tries to track down his wife's murderer, known only as "John G." As he tries to piece everything together, so does the audience, which sees much of the action as fragments shown in reverse chronological order. We alternate between black-and-white and color, forward movement and back, truth and lies. Leonard doesn't know whom to trust ... and neither do we. 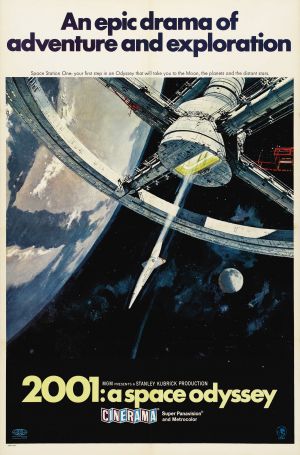 Stanley Kubrick's sci-fi classic had apes, astronauts (some hibernating), a mysterious monolith — and HAL, a talking computer. Despite the presence of a verbally active machine, there isn't much dialogue in 2001: A Space Odyssey. The emphasis is on the visuals, whose grandiosity is matched only by the film's symphonic soundtrack. As TIME noted  when the movie came out — in suitably trippy and pre-moon-landing 1968 — "Kubrick turns the screen into a planetarium gone mad and provides the viewer with the closest equivalent to psychedelic experience this side of hallucinogens." The film, based on a short story by Arthur C. Clarke, won an Oscar for visual effects. 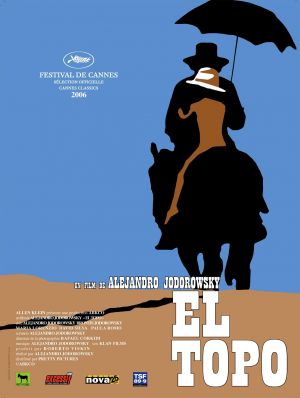 TIME's 1971 review of Chilean-Russian director Alejandro Jodorowsky's El Topo  (The Mole) described the allegorical cult western film as "a vivid if ultimately passionless passion play." The film's 1970 trailer proclaimed, "It is a mystic film. It is tender. It is sexual." It is also a bit strange. A mysterious cowboy kills a group of outlaws before abandoning his naked son to ride off with a woman. El Topo (played by Jodorowsky) then embarks on a series of bizarre adventures. He challenges and defeats the four great gun masters of the land and then is betrayed by a woman with a man's voice who shoots him, leaving stigmata wounds. After El Topo heals and finds religious enlightenment, he begins an affair with a dwarf woman and helps a group of outcasts escape from a subterranean prison, only to see them massacred by cultists. That's when things really get weird. El Topo was a cult favorite at midnight showings in New York City before finally being released on DVD in 2007. 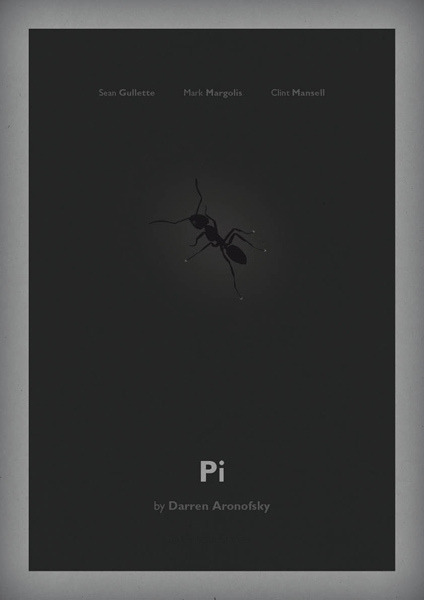 Maximillian Cohen is a mathematician burdened by crippling social anxieties and an all-consuming belief in the power of his science. As he's about to discover a singular mathematical solution to the patterns of the universe (or so he believes), Cohen falls prey to the schemes of a clutch of cutthroat Wall Street bankers and a sect of Hasidic Jewish Kabbalists, both keen to profit from his revelation. What follows in Darren Aronofsky's black-and-white meta-thriller is a hallucinatory collapse, with an eerie score that sounds out the tormented, psychic depths of a man driven to insanity by his quest for order.

6. 大衛林奇和他的影像世界 The Oeuvre of David Lynch 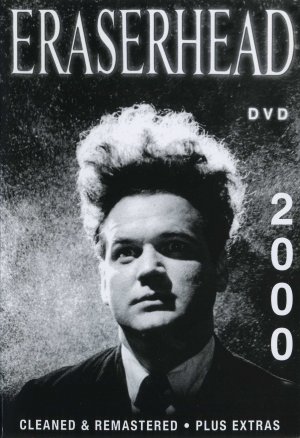 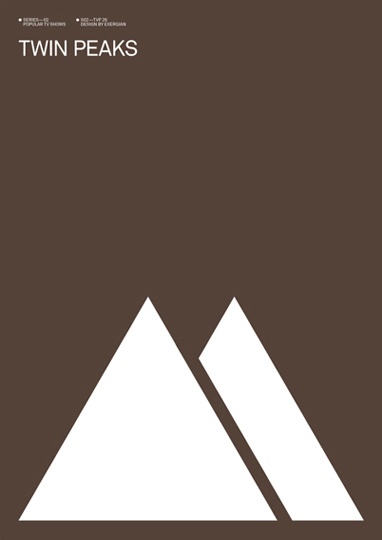 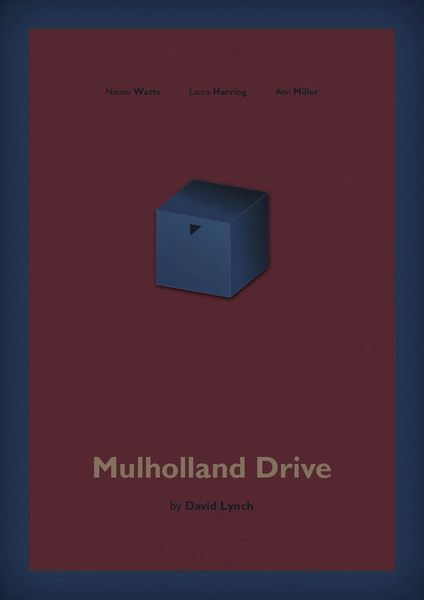 It's hard to say which of David Lynch's works is the craziest. A profound madness lurks beneath them all, from Eraserhead (1977), his trippy film-school debut, to Blue Velvet (1986) and the Twin Peaks TV series, all the way to Lost Highway (1997), Mulholland Dr. (2001) and Inland Empire (2006). Characters in Lynch films hover on the margins of reality, entering, through portal after portal, phantasmagoric dream worlds that are often as unsettling as they are hypnotic. Though Lynch runs a foundation that advocates a brand of popular meditation, there's little that's calming or stable about his vision. Beneath the thin sheen of daily life is an unfathomable, terrifying darkness. That, it seems, is what Lynch repeatedly tries to bring to light. 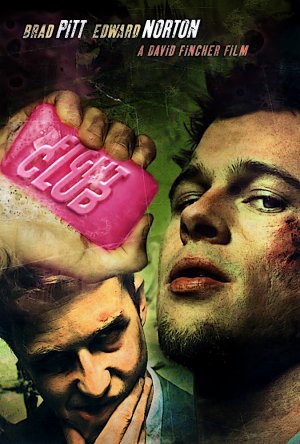 Fight Club the movie — based on the Chuck Palahniuk novel of the same name — is the story of a boring white-collar stiff played by Ed Norton who joins an underground fighting club run by a man called Tyler Durden (Brad Pitt). Norton and Pitt spend most of the movie beating each other up — until the end, when Norton realizes Pitt doesn't actually exist. He then shoots himself in the face to "kill" his imaginary friend. (Funny, Brad Pitt is also ourFight Club is played by Helena Bonham Carter, which is strange because Tim Burton didn't direct it. imaginary friend, but for an entirely different reason). Oh, and Norton's love interest in 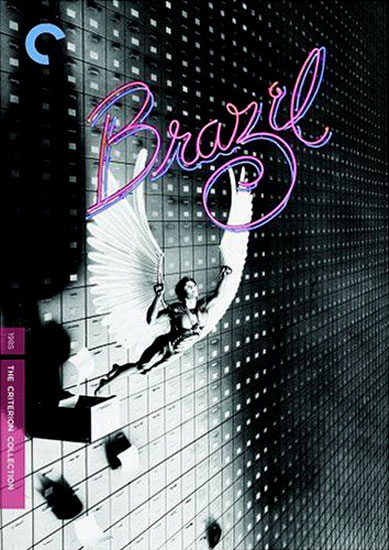 We've seen Terry Gilliam's Brazil three times, and we're still not sure what's going on. Something about a dystopian future? A man named Sam Lowry is hired to investigate a printer jam that led to the accidental imprisonment and death of a regular citizen, Archibald Buttle, instead of a wanted terrorist, Archibald Tuttle. Is that what's going on? We have no idea. The terrorist (played by Robert De Niro) is also an air-conditioner repairman who at one point helps Lowry fix his broken AC. Some people are arrested; other people fall into a bottomless casket during a funeral. Then things get really weird. Is Brazil supposed to be real, or is the entire story unfolding in the mind of its main character, a delusional, doped-up Lowry who has been declared clinically insane? Who knows. 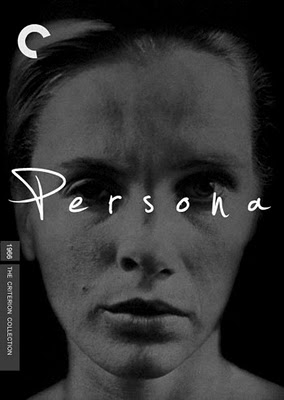 In his memoirs, legendary Swedish director Ingmar Bergman said of Persona, "I had gone as far as I could go ... I touched wordless secrets that only the cinema can discover." A minimalist production about an actress who suddenly goes mute and the nurse who cares for her in an isolated seaside cottage, Persona begins with a prelude: a projector shows several brief images, including a crucifixion, an erect penis, a cartoon, a tarantula, children in Halloween costumes, a lamb being slaughtered and, finally, an emaciated boy who wakes up in a hospital and touches a blurry image of a woman's face. The title cards feature more split-second images, including what appears to be a self-immolating monk in Vietnam. What follows is a three-act drama about identity, loss and memory, one that influenced directors from Woody Allen to David Lynch. 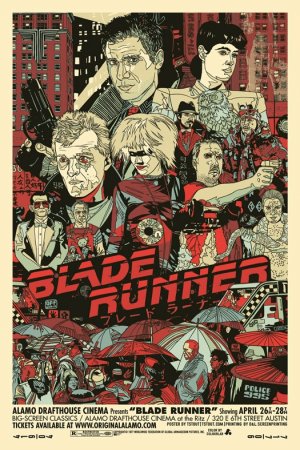 In late 1981, director Ridley Scott showed Philip K. Dick an early cut of Blade Runner. Dick, who authored the book Do Androids Dream of Electric Sheep? — on which Blade Runner was based — said, "You would literally have to go five times to see it before you could assimilate the information that is fired at you." A richly textured mashup of Raymond Chandler–esque noir and dystopian nightmare, Blade Runner tells the story of a detective who hunts down and retires advanced androids called replicants. Like all great science fiction, the film asked big questions, like, What does it really mean to be human? (And slightly smaller questions like, Is Harrison Ford a robot or not?) Blade Runner baffled test audiences in early 1982, causing the studio to add a voice-over narration and change the ending, using leftover shots from Stanley Kubrick's The Shining. To date, seven different versions of the film have been shown, and if that isn't cause for confusion, we don't know what is. 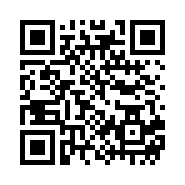