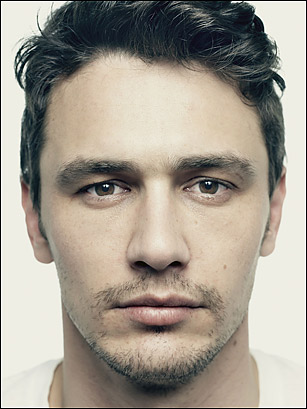 A king and a terrorist. A tattooed hacker and a crazy mama. They may lose an arm or a spouse, become a billionaire or a vigilante, but the actors we celebrate here are sorcerers who, by pouring self into story, created indelible characters worth admiring or reviling — and always worth treasuring 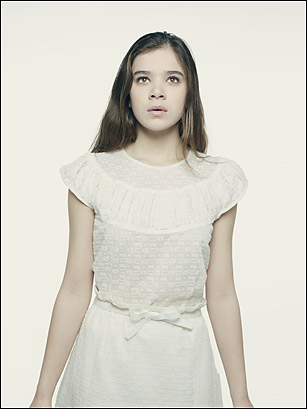 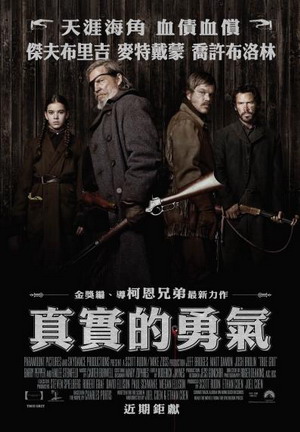 Fictional characters don't come much more self-assured than Mattie Ross, the 14-year-old heroine of True Grit, and the young actress who plays her in the Coen brothers' remake shares some of that moxie. Cinching a man's belt over her thick wool coat helped her get into Mattie's mind-set: "When she straps on that belt," says Steinfeld, "you can tell she feels ready." Steinfeld felt ready too. She remembers no jitters, only the surreal elation of her very first take with co-stars Matt Damon and Jeff Bridges. When the Coens called, "Cut," she recalls, Bridges turned to her with a twinkle and asked, "How are you doing? It's fun, right?" Truly. 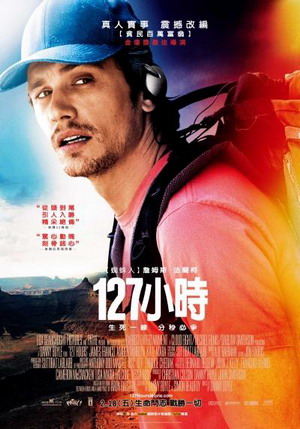 If Franco, 32, gave a singular performance as trapped hiker Aron Ralston in 127 Hours, it's partly because he had the best research material of his career: Ralston showed him the videos he made when he thought he was going to die. "He's not an actor giving a Shakespeare death soliloquy," Franco says of the footage. "He didn't want to lose himself, because that would make it harder for his mother to watch. I knew that if I captured that somehow, it would feel very authentic and powerful." 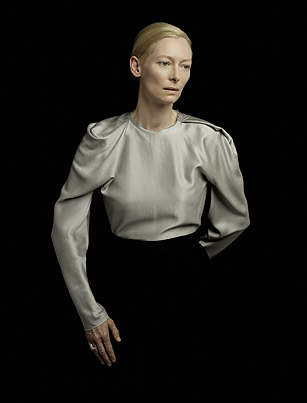 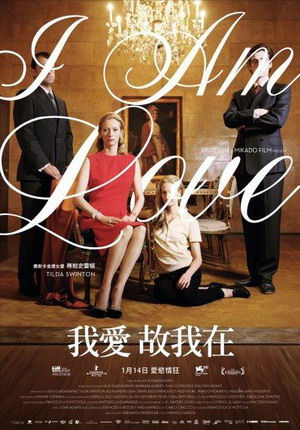 Possibly the supreme film actress of our time, with a 2008 Oscar for Michael Clayton, Swinton, 50, often plays wild or haughty women. In I Am Love, she went demure, glam and romantic as a timid wife liberated by adultery. Nurturing the project for 11 years meant "going across a very long tightrope, trying to make sure the balance is right," she says. "We were aiming for all-out operatic drama and fantasy. But when you get to the end of the tightrope, you're just glad to be able to kick the box." 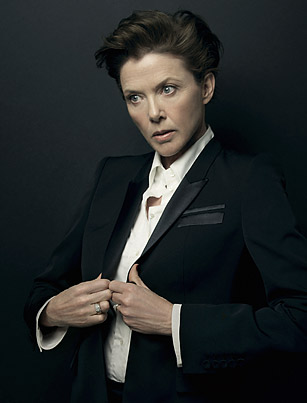 性福拉警報 The Kids Are All Right 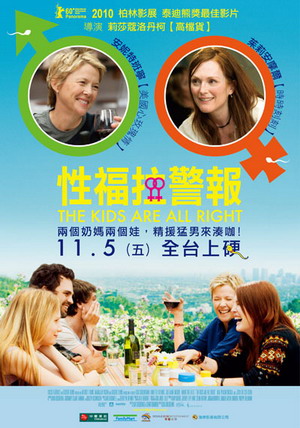 Bening, 52, had plenty of standout scenes in Kids as Nic, the crabby, cuckolded half of a lesbian couple. But this was the one she couldn't wait to film: when Nic tries desperately to be fun at a dinner with her wife, her bemused kids and their hot sperm-donor dad. So she breaks — awkwardly — into a Joni Mitchell song. "I loved that scene," she says. "It was hard in the way you want things to be when you are trying to find something. 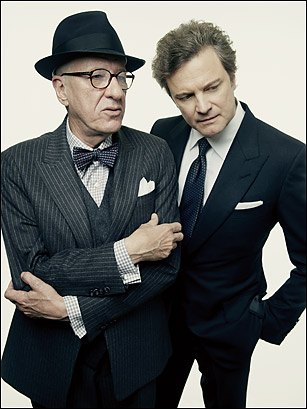 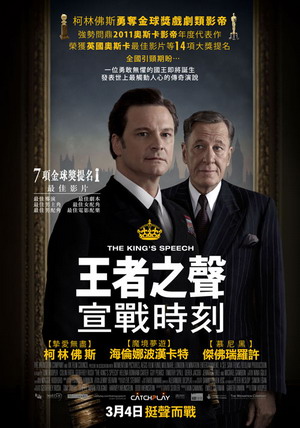 The extraordinary relationship between Bertie, the future King, and Lionel, the commoner who teaches him not to stammer, turns out to have been pretty special for the actors playing them as well. Firth, 50, and Rush, 59, spent three weeks together rehearsing, dining and socializing. Even so, when filming began, Rush was startled by Firth in action. He "made me better," Rush says. "I didn't have to act listening. I was mesmerized by the hidden areas of truth he was uncovering." 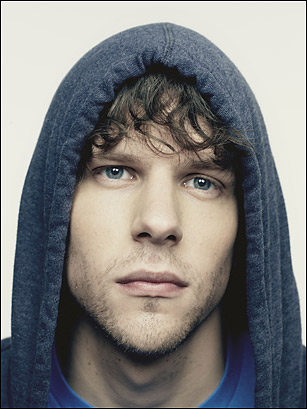 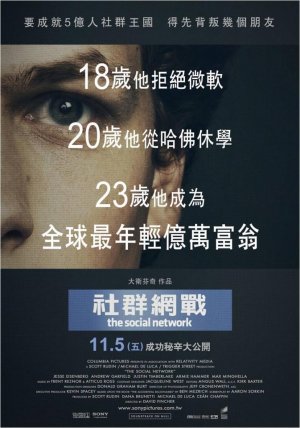 To get inside The Social Network's fictionalized Mark Zuckerberg, Eisenberg perfected the laser gaze. "There's a sort of aloof stare that I tried to develop," he says, "and once I captured it, I felt more comfortable." Eisenberg, 27, who broke out in 2005's The Squid and the Whale, is pleased with his Best Actor Oscar nomination but says, "It's more challenging to work on a character that's not as rich as the one Aaron Sorkin wrote. In a way, it feels strange to receive so much attention for this." 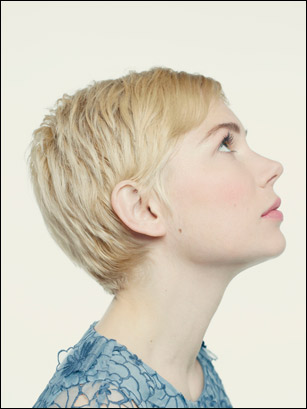 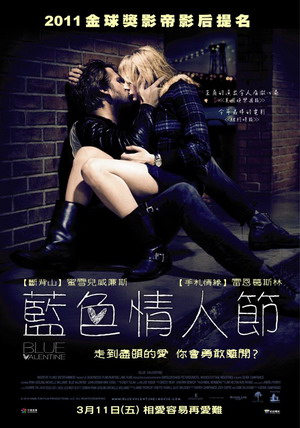 Williams, 30, won raves for her performance as one half of an unraveling young couple. Does she count it among the best of the year? "No," she says after a pause, "but I appreciate you feeling that way." For her, the investigation of a character's mysteries is never complete. "I'll have moments of deep connectedness, but I've never thought, Gotcha." So don't expect her to rest on her laurels. "Maybe if I ever thought I had done something great," she muses, "then I would be done." 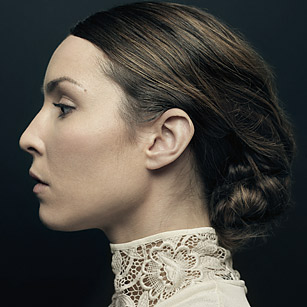 龍紋身的女孩 The Girl with the Dragon Tattoo 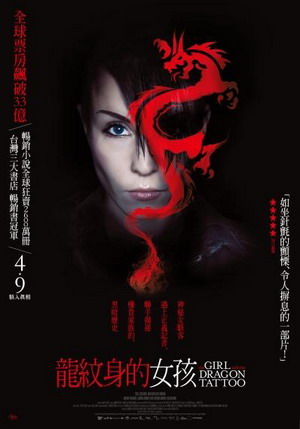 For a year and a half, she poured such fury and craft, so much of herself, into Lisbeth Salander — the tattooed hacker in the three Swedish films of Stieg Larsson's best sellers — that friends told her, "You've been in there a while now, Noomi. Maybe it's time to come out." And when the shoot was over, she says, "my body just threw her out from me. I was sick for a week." The trilogy was a worldwide hit, and Rapace, 31, was the great new face of 2010. She won't reprise Lisbeth in the U.S. remake, but it'd be a shame if Hollywood let this 21st century Garbo stay in Sweden. 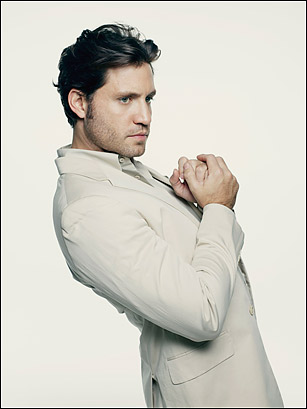 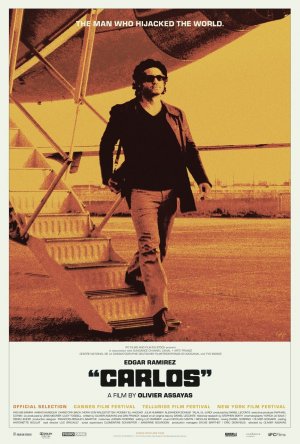 With his electrifying performance as Carlos the Jackal in Olivier Assayas' 5?-hour docudrama, the Venezuelan actor vaulted to stardom from supporting roles in Domino, The Bourne Ultimatum and Che. "I feel very privileged to portray the life of such a complex man," Ramirez, 33, says of the terrorist mastermind whose brute brilliance and sexual charisma he incarnates so fiercely. "You must discover a character like Carlos conflict by conflict. Otherwise you kill the life of what you're trying to accomplish." 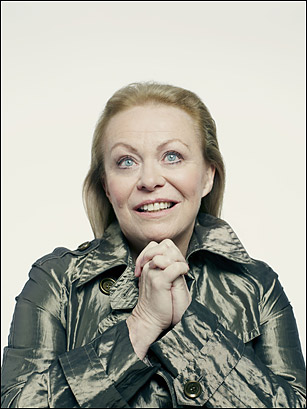 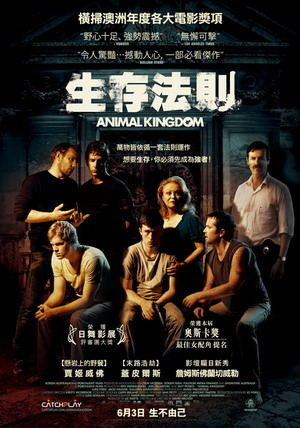 She's quite a mother, this blond tornado they call Smurf: Ma Barker meets Medea. The matriarch of a Melbourne crime family, she coddles and disciplines her drug-dealing, sociopathic sons, none of whom is as ruthless as she. A staple of Australian theater, film and TV since the '60s, Weaver, 63, had a tough, splendid time imbuing Smurf with charm and menace. "I found some of my scenes intense and emotionally draining, but that's the nature of the beast. I enjoy that." 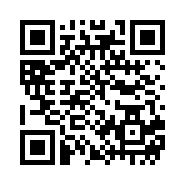