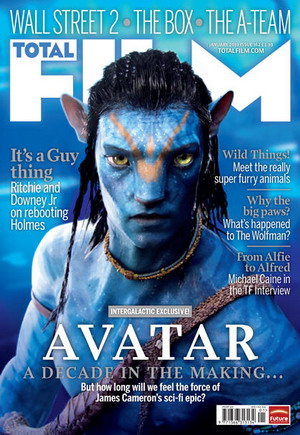 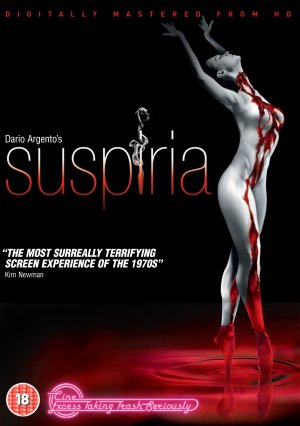 Horror、by necessity、doesn't offer much in the way of aesthetics.  Chances are、if there's a good looking gal on screen、she's about to get butchered.

Dario Argento、thankfully、thinks differently.  As twisted and brutal as the best of 'em、maybe、but Argento remains adamant that the butchering looks good enough to screengrab and hang on your wall.

Cinematographer Luciano Tovoli achieved his redder-than-red imagery by a smart juxtaposition of old (the same Technicolor processing technique used on Gone With The Wind) and new (state-of-the-art anamorphic lenses). 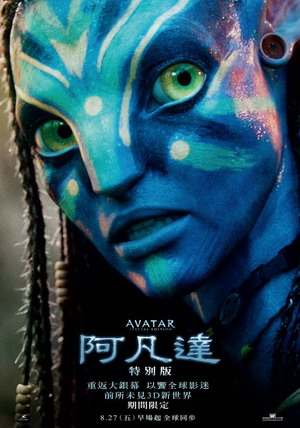 Controversial choice、maybe、with some folk still banging on about Smurfs and Ferngully.

But the significant absence of another 3D flick to match James Cameron's stereoscopic vision (Clash Of The Titans?  Don't make us laugh) prove that the good looks of the future will be 'seen' in front of the cinema screen. 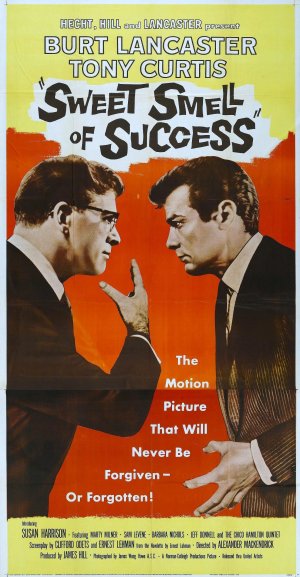 Alexander MacKendrick's acerbic satire of Manhattan media life is famed for the bitter poetry of its dialogue、but this is cinema、dammit、not a stage play.

Fortunately、MacKendrick wanted the film to look as hyperreal as it sounded and encouraged cinematographer James Wong Howe to shoot in Times Square with the oil-slick look of tabloid photography.

Mission accompanied.  This has a ripped-from-the-headlines intensity that virtually throws its inky blackness into your eyes. 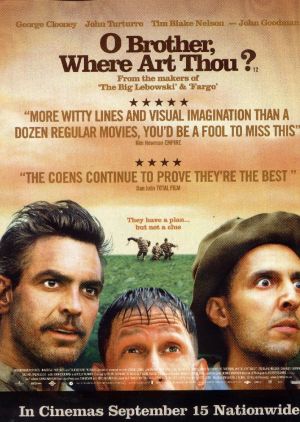 Arguably、a coin toss would be the only fair way to decide which Coen Brothers film made this list.  How else to decide between、say、the chilly tragedy of Fargo、the  pop-art urbanity of The Hudsucker Proxy or the photographic precision of The Man Who Wasn't There.

All of those films were shot by Coens' regular Roger Deakins、and so was this one - probably their most innovative collaboration visually.

The first feature film entirely colour corrected using digital technology、it pays off as Deakins' captures the Coens' wish for the film to "look like an old hand-tinted picture." 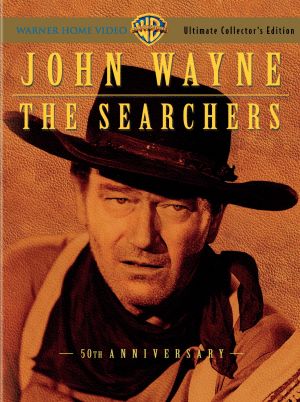 John Ford、he's the Western guy、right?  Well、yeah.  Although he made other stuff (none of his four Oscars was for directing cowboys) that's the genre he made his own.

He was already a master by the time widescreen came along、so like a master he knew how to use that extra space.  Shot in VistaVision by Winton C. Hoch、Monument Valley has rarely looked so majestic as here.

But the real excitement comes from the contrast between the wild landscapes policed by John Wayne and the 'aw shucks' domesticity of U.S. civilisation.

Funny movies tend not to be good-looking、but Woody Allen - disciple of Bergman and Fellini - insisted on class.

His visual peak is Manhattan、a monochrome masteriece shot by The Godfather's Gordon Willis to make late 70s Noo Yawk look as sophisticated and timeless as stills from the 1930s.  Honestly、you wouldn't clock this as being the same city that was so disturbing in Taxi Driver three years earlier.

If the rhapsodic opening sequence doesn't make you want to move to the Big Apple straight away、chances are you're probably already there. 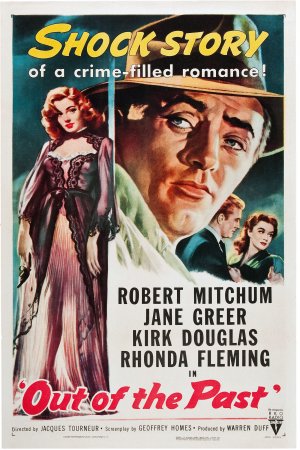 The point about all those shadows in film noir were that they were cheap、a vital consideration for the war-hit resources of 40s Hollywood.

Still、that didn't stop filmmakers from getting creative; in fact、when all you have to play with is light、it's probably a good idea to know how to use it.

Jacques Tourneur's Out of the Past (aka Build My Gallows High) is the gold standard for atmosphere on a budget、an intricate tale of double-cross and amour fou that gets the perfect visual style in Nicholas Musuraca's command of chiaroscuro.

Michael Mann's sleek aesthetic has always involved a certain modernity、and Pacino and De Niro、playing cops 'n' robbers in designer suits、are models of minimalist cool matched by the look of the city around them.

For nearly three hours、Mann and his team (notably cinematographer Dante Spinotti and production designer Neil Spisak) conjure up an ethereal、existential world of steel and neon from everyday L.A.

With street shootouts for added excitement. 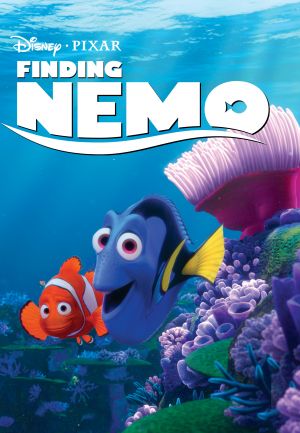 With apologies to Walt Disney and Hayao Miyazaki、only one animated film makes the cut.

But it's a good'un: Andrew Stanton's realer-than-real dip under the ocean、which looks like the most astonishing aquarium ever devised.

Quite simply、it's a good job the film's storytelling was up to scratch、otherwise audiences might have been tempted just to sit and gawp at all of the underwater action.

Under the guidance of songwriter-turned-producer Arthur Freed、MGM's musicals unit knocked out some of the most breathtaking song-and-dance moments ever committed to celluloid.

But here、director Vincente Minelli and star/choreographer Gene Kelly upped the game、using the film's Parisian backdrop to paint their manifesto for taking the musical seriously.

The climactic 16-minute Gershwin ballet、a half-million-dollar extravanganza shot on sets and costumes modelled on the great Impressionist painters、might be pretentious but it's undeniably gob-smacking.

Julian Schnabel ought to know a thing or two about imagery: in his day job、he's an artist whose work is "aiming at an emotional state、a state that people can literally walk into and be engulfed."

In The Diving Bell and The Butterfly、aided by Spielberg's camera guy Janusz Kaminski、that's exactly what Schnabel achieves on-screen、as we live in the thoughts of paralysed writer Jean-Dominique Bauby.

Who would have thought that David Lynch、director of the brutal visions of Eraserhead and The Elephant Man、could be such an sensuous aesthete?

Here、the darkness of Lynch's mind is drapped in velvet and dipped in honey thanks to the tactile cinematography of Frederick Elmes、transforming white-picket suburbia into the lethal sexuality of a fever death. 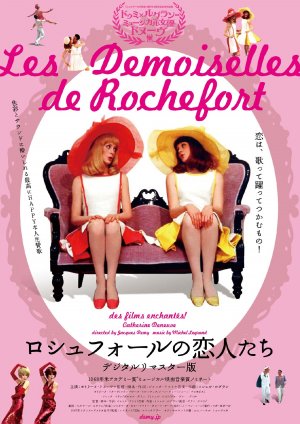 Like his earlier The Umbrellas of Cherbourg、'The Young Girls of Rochefort' is Jacques Demy's love letter to cinema itself、a souffle-light concoction in story that's really just an excuse to film singing and dancing in super-saturated colours.

And how!  Cinematographer Ghislain Cloquet's images are like a swirling fairground、as Catherine Deneuve and her sister Francoise Dorleac frolic about in colour co-ordinated frocks.

Demy was so adamant that the full richness of hiscolours should survive that he safeguarded his movies against deterioration by printing multiple copies of the negative for later remastering - the 1960s equivalent of backing up to a hard drive.

27. 刺殺傑西 The Assassination Of Jesse James By The Coward Robert Ford (2007)

The long list of criminal injustices in Oscar history must surely include the lack of a golden fella for British DoP Roger Deakins: eight nominations to date、but no wins. 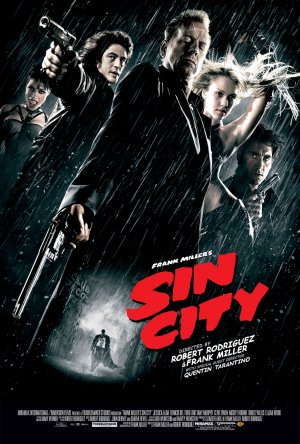 Who needs three dimensions when this level of control can deliver distilled essence of noir?  Oh、and the bevy of screen beauties doesn't hurt、either. 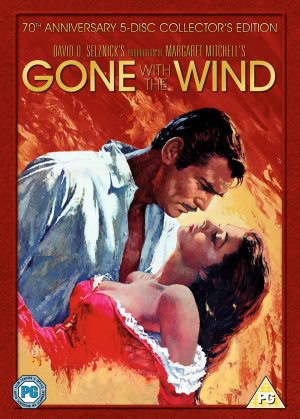 More tickets sold than any other film in history、and it's not hard to see why.

Producer/ringmaster David O. Selznick worked through three directors and as many cinematographers、with Ernest Haller and Ray Rennahan eventually getting the credit (and the Oscar) for the film's lush Technicolor hues and staggering scope.

Even after seventy plus years、it's still the benchmark for big Hollywood movie-making. 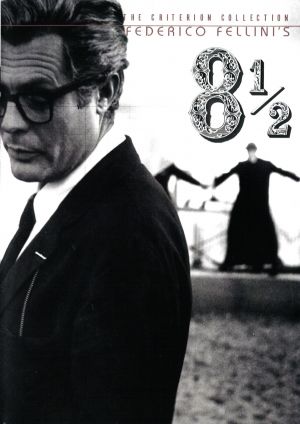 Federico Fellini was having a case of director's block、after helming the titular number of movies.  So he threw his dilemma onto the screen、along with just about everything else in his head. 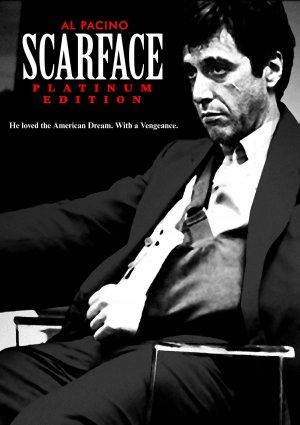 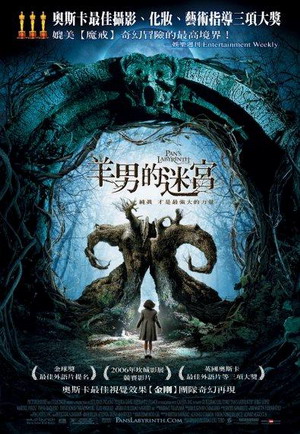 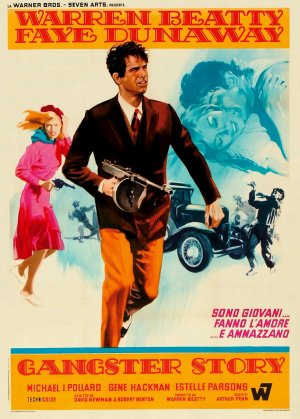 Arthur Penn walked a delicate tightrope in Bonnie and Clyde、at once intent on shaking up 60s Hollywood with New Wave verve but also acknowledging the historical realism of the film's dustbowl 30s settings. 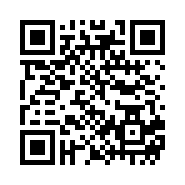